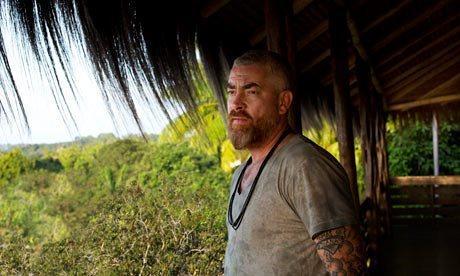 DOM chef Alex Atala is redefining Brazilian cuisine using exotic ingredients sourced in the Amazon rainforest. Gavin McOwan meets him and visits some of the other São Paulo restaurants leading the way.

ast month Alex Atala was named one of Time magazine’s 100 most influential people in the world for taking on “the enormous task of shaping a better food culture for Latin America. His philosophy of using native Brazilian ingredients in haute cuisine has mesmerized the continent.” This week, DOM, his São Paulo restaurant, was voted the sixth-best in the world (down from fourth last year) and the best in South America.

So how did a former punk rocker, DJ and self-confessed party animal who became a chef almost by accident (while bumming around Europe he applied to do a cooking course in Belgium so he could get a visa), and from a country with little reputation on the world food scene, change the way people think about Brazilian food?

Atala says his lightbulb moment came when he realised that, despite training in France and Italy, he would never, as a Brazilian, be able to cook those countries’ cuisines (which dominate the fine-dining scene in São Paulo) as well as a native chef. But maybe he could cook Brazilian food better than anyone ever had. As well as having the chutzpah and self-belief, he was blessed by the country’s abundance of unique natural ingredients.

Here’s the thing about Brazilian food. While the raw materials – meat, fish, fruit, veg – can be as good and as varied as anywhere in the world, almost all the manufactured foods on offer are industrialised and bland – cured meats, dairy, oils, beer … even coffee. They may have an awful lot of coffee in Brazil, but it usually tastes bloody awful, too.

So Atala stopped aping cuisine that relies on imports or poor substitutes, and turned for inspiration to his country’s natural resources, in particular to the Amazon. The world’s greatest ecosystem is home to a cornucopia of ingredients (and many species of plant still undiscovered), and this is where he stocks his pantry. So on the menu at DOM are some weird and wonderful Amazonian foods. Tucupi is a yellow sauce extracted from a manioc root that must first be boiled to remove the toxins; jambu leaf numbs the lips and tongue and, says Atala, “makes everything taste bigger”. There are also some of the world’s largest freshwater fish, and an amazing honey which, according to the Brazilian food standards agency at least, isn’t honey at all.