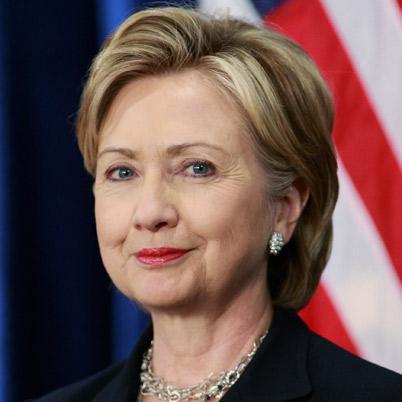 In a brilliant piece in Foreign Policy, it was noted that former Secretary of State Hillary Clinton now holds the distinction of being the most traveled Secretary of state totaling 112 countries, 2084.21 hours (or 86.8 days), and racking up 956,733 miles.  We wondered if she had the opportunity to sample the iconic dishes of each of the 112 countries she visited or in other words what Hillary’s GrubPassport might look like?  On the assumption that Hillary, not unlike her husband, former President Bill Clinton, would enjoy at the very least tasting local cuisine and learning about the culture of each country. Who can forget the Hillary dancing away in South Africa?

Since the editors of GrubPassport.com may not currently have the resources to travel to each of the 112 countries Hillary visited and taste the local signature dishes, we still believe that we can emulate “Hillary’s GrubPassport.”  We can earn as much “GrubPassport Credits” because the New York Tri State area has ample internationally authentic restaurants, a  multicultural population and access to fantastic global recipes. Hence we envision no difficulty successfully traveling the world, Hillary style, with our sense of taste!  We began chronicling our culinary adventure and this week we highlight 2 countries:  South Korea and Vietnam.

South Korea, with a population of approximately 49 million, boasts the well known Bulgogi– made from sliced marinated beef.   While

Hillary most likely would have tasted this signature dish after visiting South Korean dignitaries following her powerful  November 20, 2011 remarks on gender at the 4th High Level Forum on Aid Effectiveness; I traveled to lower Manhattan financial district to get a taste of Bulgogi at the Ichi Ni San restaurant.   My experience at the magnificent restaurant led me to believe that South Koreans do have a healthy palate.  The Bulgogi was packaged in the nice bowl and the mixture of marinated beef and steamed vegetables left me wanting more.  On a GrubPassport rating system consisting of  Platinum– heavenly- Simply out of this world, Gold– Scrumptious- lick your fingers good , Silver– Tasty, will try occasionally , Bronze – palatable, I survived , Wood – Atrocious- belongs on “Fear Factor”.  I would say South Korean Bulgogi rates a solid Gold. 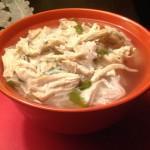 On July 10 2012, Hillary Clinton visited Vietnam, which has a population size of roughly 90 million with a growing GDP.  She signed agreements including educational exchanges and trade agreements  that would reciprocally encourage greater trade and understanding between the former enemies.  In many ways, it is likely that Vietnamese Pho was part of the meal that

lubricated the process.   Our encounter with Pho was arguably less monumental and was in the form of a food order from Pho Viet Huong restaurant by way of Seamless Web.  I am biased to Pho because those noodles nourished in hot soup mixed with fresh vegetables can massage the soul beaten down by a harsh winter.   Given my biased love for Pho from my graduate school days, it will earn a Platinum rating.  We welcome your thoughts, comments and feedback.  Follow us on Twitter- @GrubPassport or Facebook