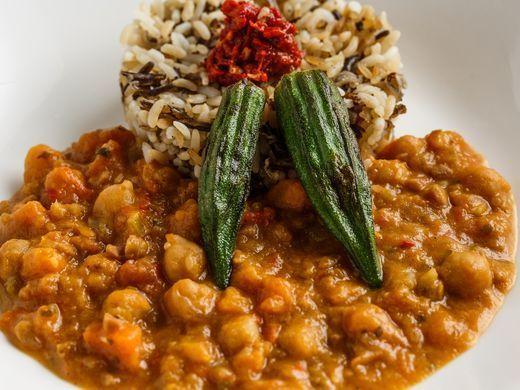 The South has a defined cuisine that has put it on the food map in recent years largely thanks to cities like Charleston and New Orleans hogging the spotlight. We’re not denying that those cities have excellent food, but smaller locales like Baton Rouge, Louisiana’s capital, and Lexington, Louisville’s oft-overlooked Kentucky neighbor, have food scenes that can compete with the South’s — and the country’s — best.

Baton Rouge, La., is ground zero for some excellent Cajun and Creole food, but unbeknownst to many, the city has so much more to offer. There’s a healthy pop-up scene and new spots like Cocha and Kalurah Street Grill are garnering widespread praise. Local radio talk show host Jay Ducote was a runner up on Season 11 of Food Network Star and runs a taco pop-up called Gov’t Taco that will finally get a permanent space next year. “Baton Rouge is really like a gumbo pot of all Louisiana cultures in one place,” explains Ducote. “We get the Creole influences of New Orleans, the Cajun culture from Acadiana and the traditional southern flare from the north part of the state. It all converges here in Baton Rouge, where finding our own unique culture has been challenging in the past.” The city is finding itself, thanks to “a crop of young chefs and adventurous culinarians who are pushing our food scene forward and using all of our various resources and influences to create a food scene that we can call our own,” he says.

Birmingham, Ala., is home to multiple James Beard Award winners, like Frank Stitt of Highlands Bar & Grill and his protégé Chris Hastings (Hot and Hot Fish Club, Ovenbird), and now the city is an incubator for new talent. Brian Somershield opened El Barrio Restaurante y Bar in 2016, Abhishek Sainju opened Abhi Eatery + Bar in March, and with the opening of Pizitz Food Hall this year, there’s even more space for new chefs to flourish.

Lexington, Ky., is often overshadowed by nearby Louisville, but its food — and bourbon — scene can certainly stand up to the challenge. Longtime spots like Stella’s and Dudley’s on Short mingle with lauded newcomers like Middle Fork and Lockbox. And the award-winning chef Ouita Michel has three spots in the city to complement her other restaurants along the Kentucky Bourbon Trail, including the just-opened Honeywood. She has been a James Beard Foundation Award nominee as Outstanding Restaurateur and as Best Chef: Southeast numerous times. The city also welcomes Kentucky’s first food hall with the just-opened The Barn, inside The Summit in Fritz Farm development.