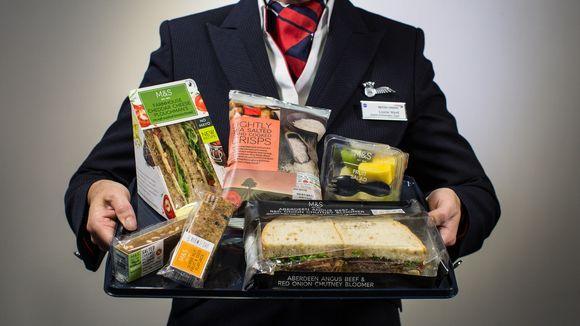 At a time when big U.S. airlines are restoring free snacks in economy, European giant British Airways is headed in the other direction.

Starting in 2017, the carrier will no longer offer free food and snacks to coach-class fliers on short-haul flights. Instead, British Airways will sell food offerings from U.K. retailer Marks & Spencer. The switch to the a la carte menu will come Jan. 11 on short-haul and domestic flights at London’s Heathrow and Gatwick airports. The effort will expand to British Airways’ short-haul flights from the London City and London Stansted airports by summer.

British Airways says it’s making the change following “extensive customer research and feedback, which highlighted dissatisfaction with the airline’s current short-haul economy catering.” The airline adds its research indicated its customers wanted “choices that reflect what they would normally select when out and about.”