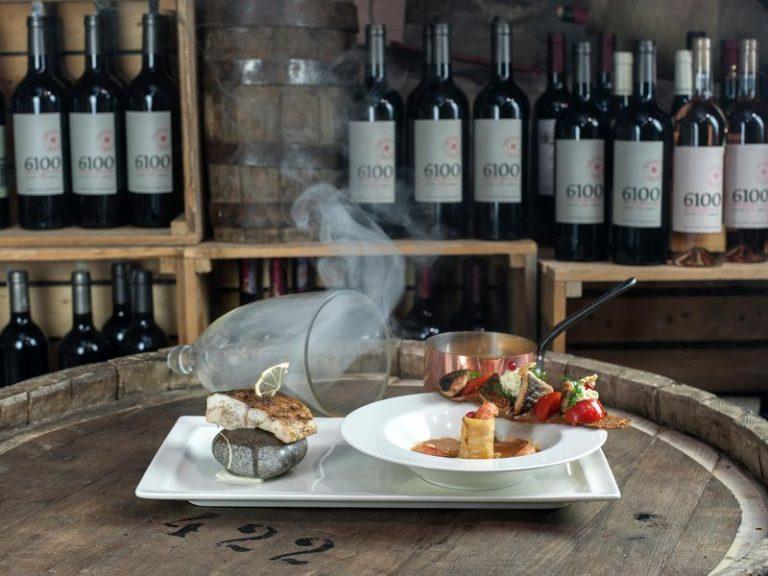 Tucked away in the basement of a Yerevan apartment building, off downtown’s bustling Tumanyan Street, The Club has been an informal gathering place for Armenia’s post-Soviet-era writers, artists and intellectuals for well over a decade. Trend-setting types sit down to plates of fried chicken breast with fruit sauce and foil-stewed trout fillets at candle-lit wooden tables. The menu is proudly rooted in Armenian traditions, but sprinkled with twists that face decidedly into the future. “We had two goals [with The Club],” says Co-Founder and General Manager Andranik Grigoryan. “First, to offer what we best know and love—Armenian food—and then to give our dishes new life through innovative ingredients and culinary methods.”

The Club takes its reverence for the past seriously. According to Grigoryan, most of the restaurant’s recipes are ones that have been passed down through generations; others have been discovered by the staff through research at Yerevan’s Mesrop Mashtots Institute of Ancient Manuscripts (Matenadaran), a renowned depository of rare and ancient manuscripts that documents everything from religions texts to medieval folk medicines to historic cooking techniques. The result is a menu built on a foundation of simple Armenian staples – dishes like khashlama, a slow-cooked lamb and vegetable stew (“Though these days we also use beef,” Grigoryan says), and harissa, a risotto-type dish made with pearl barley soaked overnight instead of rice.

But at The Club, well-known dishes are elevated with unexpected flavors and international cooking techniques — lavash is served sour, and multitudes of different fish caught in local mountain lakes and rivers are incorporated into a stew similar to a bouillabaisse. “It’s a good example,” Grigoryan explains, “where we reimagine the Armenian cuisine, while using French culinary achievements.” The restaurant also bringing a creative flare to presentation, cooking some dishes tableside and inviting guests to participate in the cooking process.

In the beginning, the restaurant focused entirely on the Western Armenian culinary experience—dishes like ddmach dumplings and a buttery and cheesy lasagna-type dish that Grigoryan calls “waterpie.” However, in recent years it’s expanded to embrace traditional dishes and ingredients from all over the Armenian Highlands—including apricots and crawfish from Lake Sevan, Armenia’s largest lake.

Armenia’s The Club is just one of many urban restaurants worldwide serving up fresh takes on their country’s traditional dishes for a new generation. Here are three others to keep an eye on: