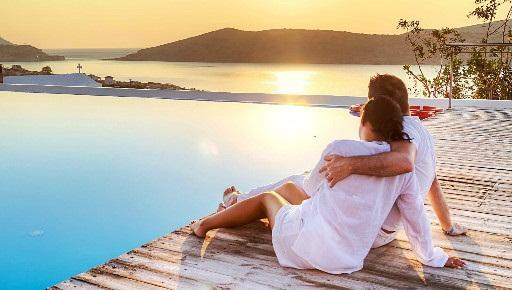 Lovers all over America will tell you that roses, chocolates, and heart-swooning date nights are some of the things that make Valentine’s Day special year after year. But according to data from our 2015 Expedia Heat Index study, released today in conjunction with GfK, an independent global market research company, travel is a big part of the annual romantic holiday, too.

Results of the study indicated all the ways travel impacts American romance. The most resounding takeaways: We are less inhibited (think: nakedness and hot-tub sex) and more open to short-term flings on the road.

Study data also indicated that Americans think Paris, France, is the world’s “sexiest” and “most romantic” city. Other destinations on both lists: Las Vegas, Cancun, St. Thomas, and Barcelona.

Expedia’s work on this study indicates that travel does funny things to our romantic selves. Consider the following data points:

In addition to these findings, I’d say the data about inhibitions are most surprising. Only 5 percent of respondents have gone topless at the beach on vacation?!?! How can’t more people care about tan lines? One answer could be in the demographics of respondents. When we broke out the data a little more, we spotted that 9 percent of participants ages 25-34 have engaged in topless sunbathing, while only 3 percent of respondents over 65 said they did the same. These numbers make a bit more sense.

(Oh, and in case you’re wondering 3 percent of respondents said they have gone fully nude.)