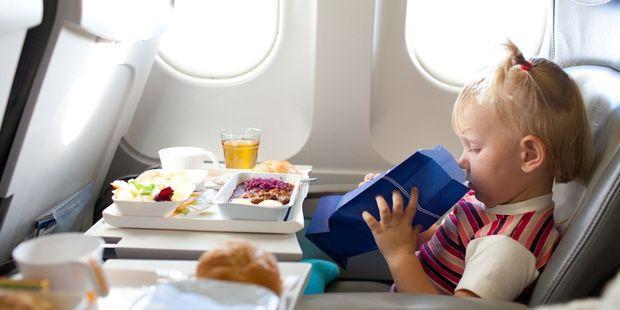 By Sarah Rainey, David Derbyshire for the Daily Mail

The worst thing about a long-haul flight is, without doubt, the food. Forget turbulence, screaming toddlers or unexplained delays, meal times on a plane are almost universally unpleasant – and often stomach-churning – experiences.

At best, the food is edible. At worst, it’s a scalding hot plastic tub of gloopy stew, overcooked rice or leathery meat and vegetables that have been boiled beyond all recognition.

Chef Gordon Ramsay is certainly no fan. He recently revealed he refuses to eat on planes, bringing his own spread to keep him going.

“I worked on airlines for ten years, so I know where this food’s been and where it goes, and how long it took before it got on board,” he said. Ramsay, it must be acknowledged, has a vested interest in knocking in-flight cuisine. His restaurant, Plane Food, based in Heathrow’s Terminal 5, sells takeaway boxes designed to be eaten at 35,000ft. But is he right? Is it really all that bad? The Daily Mail reveals the unappetising truth about airline meals.

Whether you sit in first or cattle class, the food comes from the same place: an industrial kitchen near the airport, where it’s cooked before take-off – then reheated on board.
In Europe, most meals come from Gate Gourmet in Switzerland or LSG Sky Chefs in Germany – serving more than 260 airlines.

Most of these industrial kitchens prepare around 25,000 meals a day; the world’s biggest, the Emirates Flight Catering Centre in Dubai, makes up to 170,000. That’s 58 million bread rolls, 4300 tons of chicken and 3.6 tons of lobster a year. Peter Jones, a retired professor of travel catering from Surrey University, says one billion airline meals are consumed annually in an industry worth £10 billion ($18 billion) a year.

“The challenge isn’t the food,’ he says, “it is getting the food and the other items on board. A jumbo jet needs 40,000 separate items loaded every flight, sometimes in 90 minutes.”