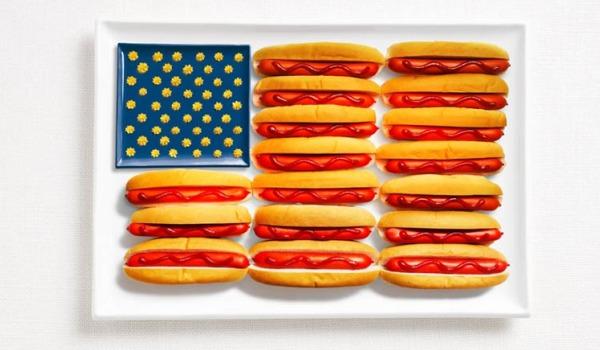 NDTV Cooks: National Flags Made From Each Country’s Native Food

Talk about the world being served on a platter.

As part of a promotion for the Sydney International Food Festival, an advertising agency called WHYBIN\TBWA executed a flawless design by recreating 18 National Flags using only foods popular in that country or ones that are commonly associated with them.

A deliciously ingenious project you’re sure to love.