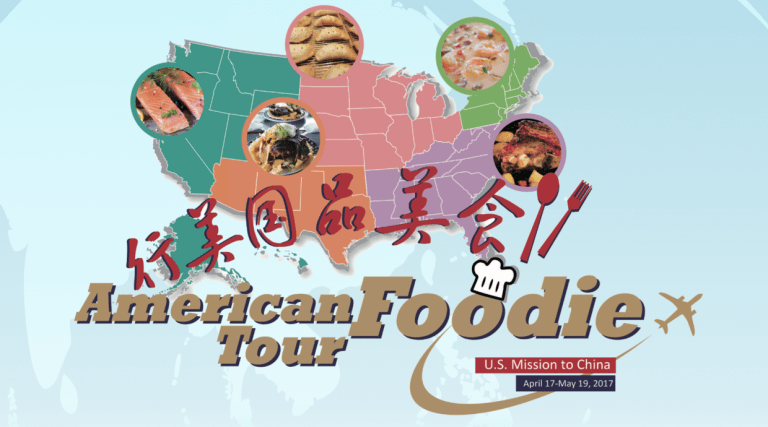 The U.S. Foreign Commercial Service in Beijing and the U.S. Embassy in China are launching a social media contest in China aimed to promote food tourism in the United States. The contest, titled “American Foodie Tour” encourages Chinese social media users to upload their best photos of U.S. regional cuisine to Weibo, with the best photo each week winning a prize, as well as entering the “grand prize” drawing that will conclude the contest in May. The contest will also feature bi-weekly trivia contests with additional prizes related to food and travel in the United States.

The contest, which involves a large range of sponsors from the U.S. tourism industry, as well as U.S. companies operating in China, officially begins on April 17, and will run until May 19. The contest aims to promote regional cuisines, with each week the contest runs dedicated to a particular region in the United States. Social media users are encouraged to submit their own photos of a dish from the region, including the name of the dish, as well as where it comes from. Contest entries are judged by a panel of judges from both the U.S. Embassy in China, as well as representatives working in the Chinese tourism industry. In total, five regions will be featured in the contest, covering all of the United States.