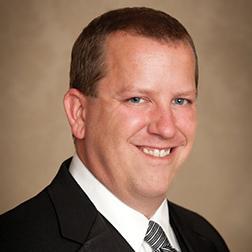 Ruthlessly competitive and exploding in popularity, the food-delivery app market is a fascinating landscape of high-stakes corporate combat. Their rising popularity assures the combatants will be bigger players in business travel in 2020. The nature of their fight, however, isn’t quite so clear.

Far more clear is the impact these companies are having on dining experiences. Millions of users throughout the world in the past few years have begun to rely on these services as part of their dining routines. And they’re growing rapidly: Uber Eats’ 2019 revenue through September increased 74 percent year over year to nearly $1.8 billion, for example. Grubhub’s 2019 revenue through September increased 35 percent to nearly $971 million.

Those two services, along with DoorDash and Postmates, comprise the vast majority of the U.S. delivery-app competitive set. They’re quite competitive. According to a report from data analysis firm Second Measure, DoorDash was responsible for 37 percent of November 2019 of such U.S. food deliveries, with GrubHub at 30 percent, Uber Eats at 20 percent (though Second Measure warns that figure could be low) and Postmates at 10 percent.

In a time when room-service meal availability from hotel restaurants is waning and late-night searches for a bite might not be advisable, how might the business travel market be positioned in the food-delivery app war? Recall that the incorporation of sharing-economy stalwarts like Uber, Lyft and Airbnb into the business travel industry wasn’t a top-down introduction from buyers or executives, but rather a bottom-up reactive strategy led by the inclusion of these services on business travelers’ expense reports. That’s already happening, so a broader strategy seems inevitable, even in the very short term.