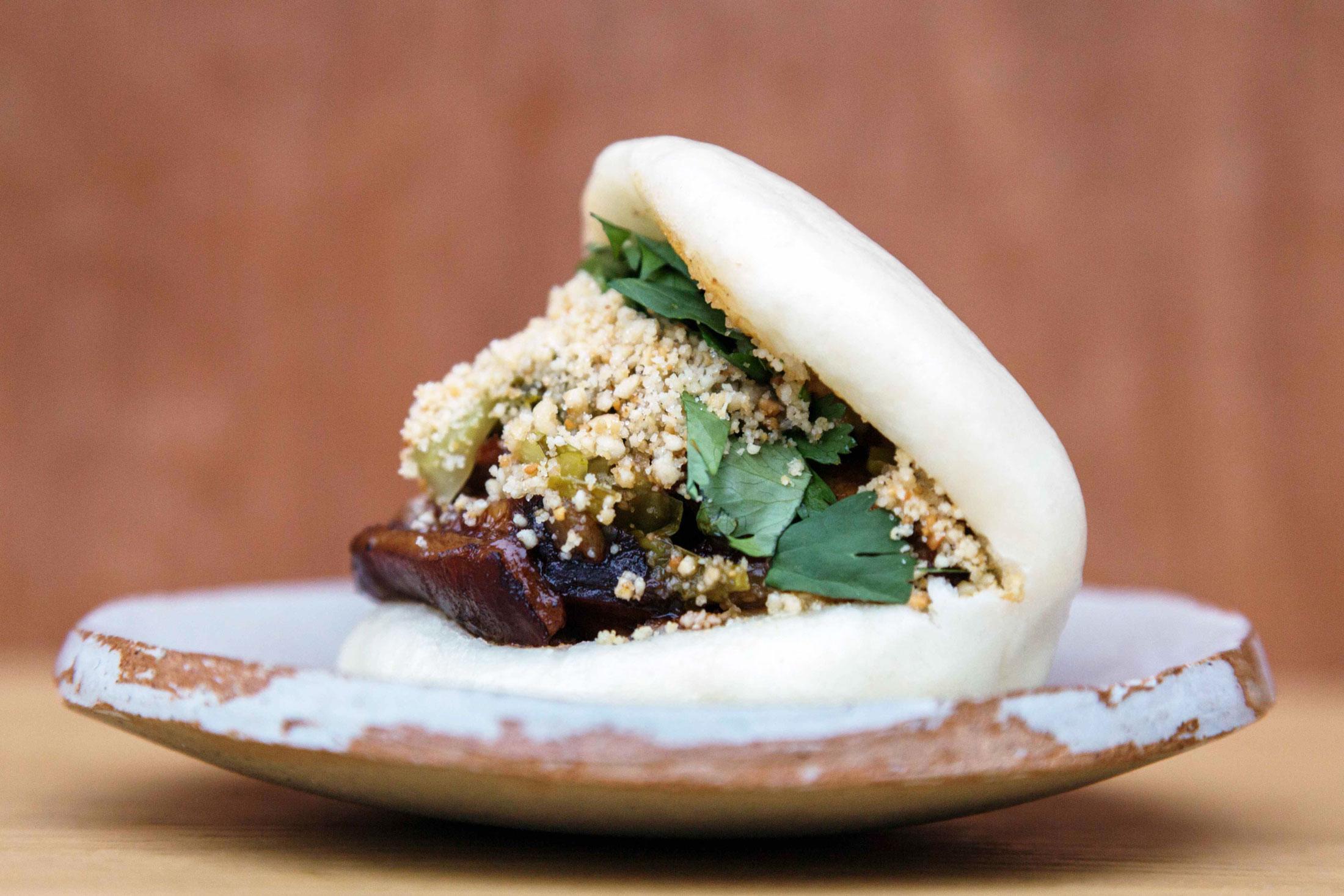 Bloomberg: This Taiwanese Street-Food Joint Has Londoners Queuing Down the Road

The queue along Lexington Street in London’s Soho is the first clue to the popularity of Bao, a no-reservations Taiwanese street-food joint in Soho.

The line forms before this tiny new restaurant opens for lunch or dinner and doesn’t ever seem to diminish during service. Latecomers are politely turned away at closing time. The minimal, blonde-wood covered dining room is crowded with happy eaters perched along a counter where tea is prepared or squeezed into tables at the back, near the kitchen.

And it’s all about a little Chinese bun—the bao—which is made with milk. It may be the best lactic treat you’ve had since your mum. It’s fluffy and soft and white like a hotel pillow. All it’s missing is a little chocolate wrapped in foil.

The menu is short, with nine small plates; six types of bao, including a dessert version of fried Horlicks ice cream; and four sides, including a drink of peanut milk. The drink list is shorter, with beers and sake. I wish they had wine, but I guess that would slow the flow of punters to a dribble.

But the buns—oh, the buns: They come loaded with beautiful meat, perfectly seasoned. All are delicious, yet each is distinctive. Lamb shoulder comes with a fragrant coriander sauce, a spiky garlic mayo, a hot soy-pickled chili. It flirts with your taste buds, moves through something a little more physical, and reaches the full When Harry Met Sally faster than you can sneeze, “Yes, yes, yes….”