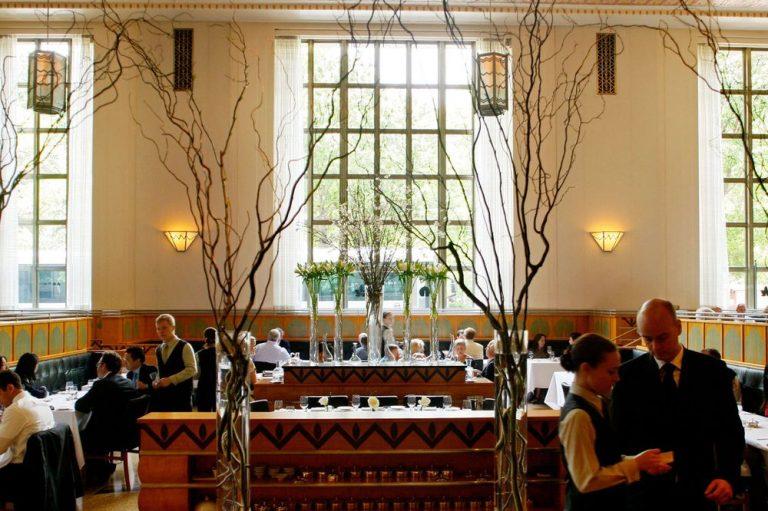 Bloomberg: These Are the World’s 50 Best Restaurants

The winners were announced in a ceremony at the Royal Exhibition Building in Melbourne. The list is decided by a panel of more than 1,000 chefs, food writers and other experts from 26 geographical regions.

Humm and co-owner Will Guidara serve a seasonal tasting menu that features dishes such as sea urchin custard with baby squid, bay scallop and apple; and pear poached with honey and acorn. The latest menu costs $295 plus tax for eleven courses.
Travel with us, drive with us, eat with us.
Get our weekly Pursuits newsletter.

“I never in my wildest dreams thought that I could find myself in this position,” Humm said shortly after winning. “Cuisine has given me everything: I left school at 14 and pursued a craft that no one believed in at the time. Everything I have learned has been from food: languages, culture. I have traveled the world and met Will, who is my best friend as well as my business partner. It is unbelievable.”

The awards started in 2002, the product of a brainstorming session in a pub about how to promote U.K.-based Restaurant magazine. That first year, the list was compiled informally by calling around to the magazine editors’ friends in the hospitality industry.

They only realized what they had on their hands when chefs started contacting them to ask about an awards ceremony—which they hadn’t planned. The list’s popularity quickly grew, and it became a global phenomenon.