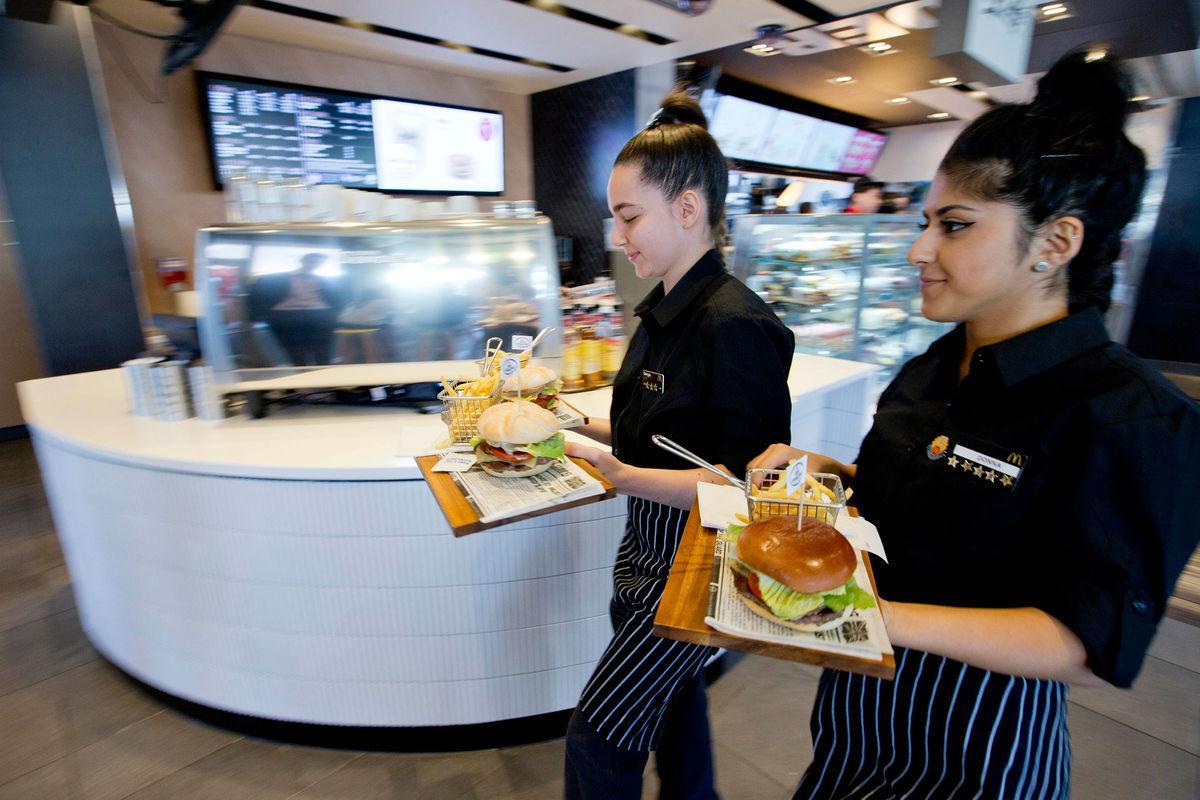 Bloomberg: The McDonald’s of the Future Is … in Australia?

McDonald’s CEO Steve Easterbrook praised Australian stores’ rollout of touchscreens and gourmet burgers and suggests it could work in other markets.

At the McDonald’s restaurant in Martin Place in downtown Sydney, building your own gourmet burger is just like withdrawing cash from an automatic teller machine.

With a few swipes of a touchscreen at the entrance of the restaurant, diners can pick their style of bun (brioche or baker’s), choose a gourmet topping (including crispy bacon, grilled pineapple, and guacamole) and be served their creation with a choice of salad or fries in a metal basket on a wooden platter. It’s not the McDonald’s experience Americans are familiar with, and after six straight quarters of falling same-store sales in the U.S., the fast-food chain is looking for success stories overseas they might be able to emulate in their largest market.

The self-serve booths, introduced in a suburban Sydney outlet in late 2014, are now in 300 Australian restaurants and will reach almost all 940 outlets by July, says Chris Grant, a McDonald’s spokesman in Sydney. Australia, with 24 million people whose burger consumption rivals the biggest in the world, was one of five countries, including Canada, France, Germany, and the U.K., identified by Chief Executive Officer Steve Easterbrook on Monday as an international lead market. “Australia is gaining incredibly valuable knowledge in their ‘Experience of the Future’ roll out,” Easterbrook said. “As part of the international lead market group, they will now interact directly with markets where that experience is most transferrable.”

“Australia is certainly a testing ground for McDonald’s,” says Julia Illera, a research analyst with Euromonitor International in Sydney. “If a product is successful here, the chances of replicating that success in other key Western or developed countries are high.” Only Americans and Canadians eat more hamburgers than Australians do, she says. One in two Aussies eats at a fast-food chain every month, with McDonald’s the most popular destination, according to a 2014 report by Enhanced Media Metrics Australia. The chain in America has tested the “Create Your Taste” customizable burger service at a small number of restaurants in California and last year said it plans to roll it out to 2,000 locations across the U.S. in 2015.  There are signs, however, that Easterbrook may downsize the rollout in favor of a platform called Taste Crafted, which has fewer customization options but works at the drive-thru.