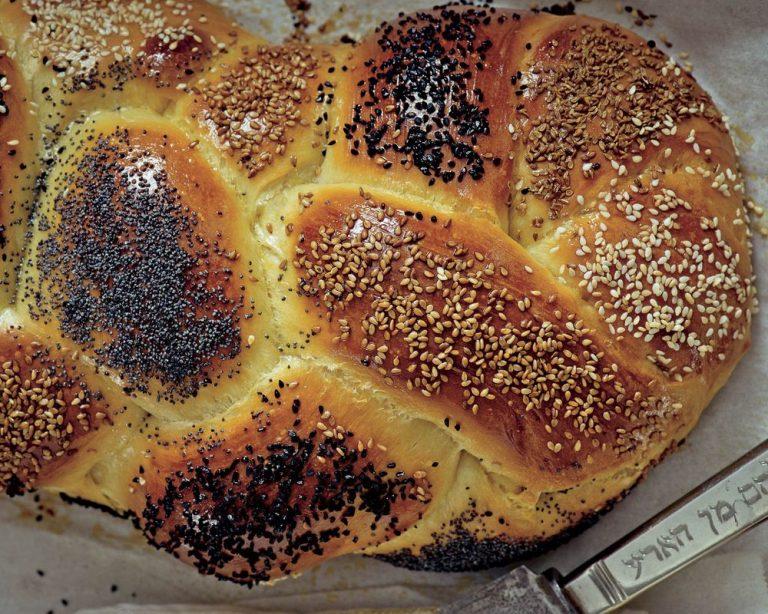 Bloomberg: The Complete Guide to Jewish Food, and What on Earth That Means

All too often, and to the dismay of everyone who knows better, Jewish food gets boiled down to bagels, matzo balls, and brisket.

These are staples, to be sure, but they all hail from the same part of the world—Eastern Europe—while Jews have, at one point or another, populated almost every corner of the earth. Thanks to their historic roles as both merchants and, often, refugees, Jewish cuisine encompasses flavors from Tunisia to Toronto, India to Israel, Babylonia to Brooklyn.

Joan Nathan, a two-time James Beard Award winner and the author of 11 cookbooks, is already well known in Jewish kitchens.

But her latest book, King Solomon’s Table, out today, is a crowning achievement. Six years in the making, it is filled with recipes from all over the globe, the stories behind them, and the histories of both how Jews influenced the local cultures they were part of and how those cultures left indelible marks on Jewish cuisine. Nathan tracked the legends of the biblical King Solomon and his global trading empire to create a cookbook with recipes for all occasions and for people of any religion, though the ancient Jewish dietary laws create a common, mostly unspoken thread throughout the book.

Nathan spoke with Bloomberg about Jewish history, culture through cuisine, and how much stands to be lost with the loss of every immigrant. Here are excerpts of that conversation, edited for clarity and space.